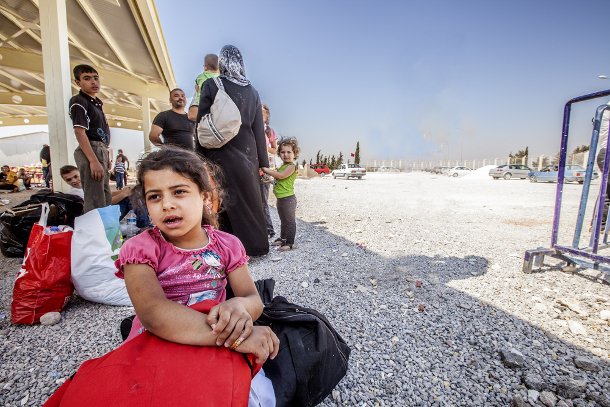 This past Wednesday evening, January 25th, Saadi Mado was finally reunited with his family at Toronto’s Pearson Airport after two years apart. A member of the Yazidi, an ethno-religious group from Northern Iraq, Saadi and his family were forced to flee after ISIS began committing acts of genocide against the Yazidi people in August 2014. Leaving their home without possessions, the family first sought refuge by escaping across the border into Turkey. Saadi and two of his siblings then continued onto Toronto, while his parents, two brothers, sister-in-law and two nephews remained behind in a Turkish refugee camp.

Last October the Government of Canada committed to assisting Yazidis escape persecution, particularly women and girls fleeing sexual slavery and torture. The new Minister of Immigration, Refugees and Citizenship Ahmed Hussen, himself a former Somali refugee who arrived in Canada as a 16-year-old, this month reaffirmed the Government’s commitment to helping Yazidi refugees find sanctuary in Canada.

This was all tangibly demonstrated this Wednesday at Pearson Airport with the arrival of Saadi’s family. While holding a Canadian flag and embracing his father for the first time in two years, Saadi repeated over and over again “Thank you, Canada. Thank you, Canada. Thank you, Canada.” With his parents, remaining siblings and nephews now joining him in Canada, the Mado family will be able to make up for lost time by all residing together in Richmond Hill. Once settled the family is already considering opening a business and one of Saadi’s just arrived brothers is hoping to recommence his studies in information technology. As so tangibly demonstrated by Canada’s current Minister for Immigration, who likewise was a newly arrived refugee migrant just 24 years ago, the future is looking bright for Saadi and his family all now together safely in Canada.