Should I Bring A Contempt Motion Because My Ex Is Not Encouraging Parenting Time With Me? 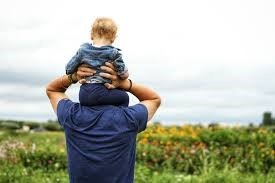 Often, parents are confused about what their role is when it comes to parenting time with the other parent. If the children do not want to go, do you force them? Do you have to? What is the custodial parent’s role in all of this? This issue was litigated in the case of Godard v Godard 2015 ONCA 568 where the Father brought a Motion of Contempt against the Mother for not complying with 6 months of weekend access with one of the children. Their situation was unique as each parent had custody of one of their two children.

The Father’s initial Motion of Contempt was dismissed as the parents were actually following a parenting schedule different from the one on their Court Order. However, Justice Cornell noted concerns that the Mother engaged in a pattern of designed to distance/alienate one of the children from the Father. The child, who was approximately 12/13 years old when this was going on, continued to refuse to see her Father. Of course, he brought a second Motion of Contempt that was granted.

The Mother appealed his Motion on the basis that she was doing everything to encourage the child to see the Father but that the child made up her mind and she could not force her. The Court of Appeal denied the Mother’s appeal for a number of reasons. Mainly, they found that the child was being positively rewarded when she refused to see her Father, the decision was mainly left up to her, the Mother did not force the child despite the view of the court etc.
Despite the child’s age, the court found that there was a parenting order not being complied with and it was in the child’s best interest to see her Father and expected that the Mother would comply with this and not leave the decision up to the child. It would have been up to the Mother to change the parenting arrangement in court herself as a result of her daughter’s decision to not see her Father instead of just allowing it to happen. At the end of the day, the court order was not being followed for inappropriate reasons.

However, fast forwarding to 2019, in the case of Ruffolo v. David, 2019 ONCA 385, the court found that Motions of Contempt for parenting should be used as a last resort. Similar to the Godard case, this case was a Motion of Contempt brought by the Father against the Mother for 37 breaches, but the court found three possible counts of contempt. Namely that the Mother did not allow the Father to see the child on Easter weekend, his birthday and did not provide the child’s summer schedule.

Different from the Godard case, the appeal was dismissed. The Court’s dismissal was focused on the lack of an evidentiary foundation to support the allegations made by the Father. In addition, the court really wanted to emphasise that Motions of Contempt shall not be readily brought and are a last resort only where the best interests of the children are affected.

When comparing both cases, they certainly contrast each other when it comes to determining the role of the parents with encouraging access and contempt motions. Will the Ruffalo v. David decision become the best way forward where the Mother’s breaches of the court order could not be proven and thus dismissed? Or will the Godard decision be the best way forward where the Mother was not encouraging the child to see her Father enough and the contempt Motions were allowed? What we can say is that it will come down to the facts of the cases and the issues at hand. Timing and the best interests of the children are paramount.

Talk to one of our experienced family law lawyers today to find out what you can do if the other parent is not complying with a court order or parenting agreement. If you think they are in contempt, let us help you navigate through case law, like the ones cited above, to move your matter forward the best way possible.

If you need any help with family law matters, contact AP Lawyers, our Law Firm in Markham, Pickering, Toronto, and Scarborough. You can call us at (905) 492-7662 or email us at [email protected] to schedule a consultation.