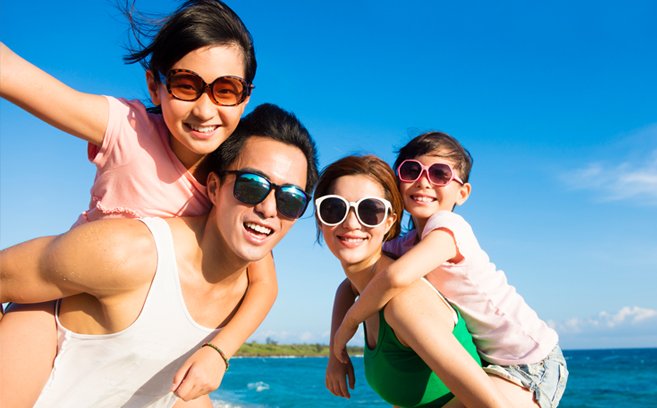 “Parents don’t have much time to travel with their children during the school year, so when drawing up separation agreements, both sides really need to think about the summer months,” says Princewill, principal of AP Lawyers.

“You don’t want to create a schedule that just works for three seasons, then all of a sudden, it’s the summer, and you’re trying to change it,” she tells AdvocateDaily.com.

When developing a separation agreement, Princewill says she tries to anticipate what works best for the children, and then for the parents.

“There’s no one best plan to do any of this,” she says. “It’s really just making sure the children’s best interest is at the centre of everything.”

Many factors have to be considered, Princewill says, including the age of the children, what lifestyle they were accustomed to before the separation, and the practicality of the plan.

Noting that summer is a unique time in a young person’s life, she says parents need to be flexible in case something unanticipated comes up.

Princewell says the separation agreement should spell out the parents’ rights to take the children on vacation, as well as whether they need each other’s consent to take them out of the country.

“Even if your court-ordered separation agreement is silent on consent, it’s a good idea to get it in writing anyway — the last thing you want is to be stuck at an airport because you don’t have the permission of the other parent.”

If one parent has supervised access to the children, he or she will not be able to take them away for even a weekend, she says, adding that “everyone has to be realistic and work within the existing restrictions.”

Princewill says many agreements stipulate that the parents have to let each other know months in advance about their summer vacation plans with the children, but that part of the contract is often ignored.

“I see this happening quite often, as people forget about these provisions. Then comes August and there’s conflict,” she says.

For example, one parent may have already enrolled the children in a summer camp when the other parent was hoping to travel, says Princewill.

“If separated parents don’t give sufficient notice of their plans, the other parent may have registered the kids for other activities, and some of these registration costs are non-refundable,” she says.

Existing custody agreements may have to be modified in the summer, as there will not be after-school pickup in July and August, Princewill says.

“Conflicts arise when one parent doesn’t want the other to come to their home, so that has to be thought about in advance, with other arrangements in place.”

She says all these issues can be avoided by working with a family law lawyer on a comprehensive arrangement.

“When drawing up an agreement, make sure you review the terms and do everything to minimize conflict because the less conflict between the parents, the better it is for the children,” Princewill says.

If you need any help with family law matters, contact AP Family Law Firm in Scarborough, Pickering, Markham, and Toronto. You can call us at (905) 492-7662 or email us at [email protected] to schedule a consultation.