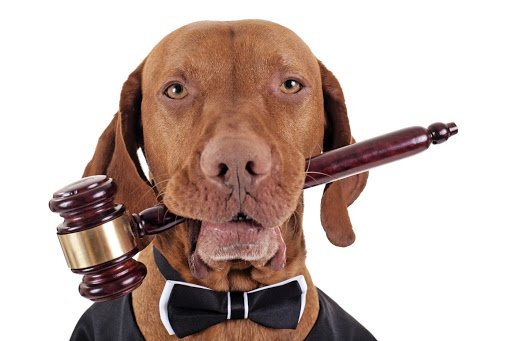 As it stands, the law views pets strictly as property to be divided just as any other property from a marriage, says Princewill, principal of A. Princewill Law Firm.

Judges refuse to give pets the same treatment as children, shutting down motions to grant access and custody rights, as was the case in Henderson v Henderson, 2016 SKQB 282 (CanLII).

“I can appreciate why that could be frustrating for parties in some cases, however, it can also create equitable outcomes in others,” Princewill tells AdvocateDaily.com.

In one recent case, she represented a woman who had been a victim of abuse and had been forced out of the matrimonial home, leaving her beloved dogs behind.

“Because my client owned the dogs, she was able to get them back despite much resistance from her spouse,” says Princewill.

“This was a just outcome as it prevented extensive litigation on the issue. And if this were treated as a custody dispute versus a property issue, the result may not have been the same.”

Studies have shown there is a link between a woman’s decision to leave an abusive relationship and the fear of leaving her pets behind — which are often also subject to abuse. According to a 2000 study from the University of Southern Carolina-Spartenburg, 47 per cent of women surveyed said their abusers had either harmed or threatened to harm their pets. “Women continued to worry about the safety of their pets, especially given that many pets remained with the abusive partner,” the authors wrote.

In Henderson, Justice Richard Danyliuk took the firm stance that applications for possession of pets were a waste of court resources, considering the other important family law matters clogging up court dockets.

“But after all is said and done, a dog is a dog. At law it is property, a domesticated animal that is owned. At law it enjoys no familial rights,” he wrote.

While Danyliuk’s view has been predominant through family law decisions, at least one has given consideration to the role of pets in situations involving abuse.

In Grimalyuk v. Concelos, 2007 CanLII 1325 (ON SC), there were allegations of abuse, and the judge awarded full ownership of two dogs and a cat to the ex-wife.

Princewill says it’s important to consider whether the ability to gain possession of beloved pets will allow a woman to leave a dangerous situation.

“The law needs to evolve and we need to find new and better ways to deal with pets that take into consideration that even though they are property, they enjoy special status,” she says.

“As opposed to treating pets as just another piece of furniture owned by the parties, there are other approaches that could be adopted with some creativity.”