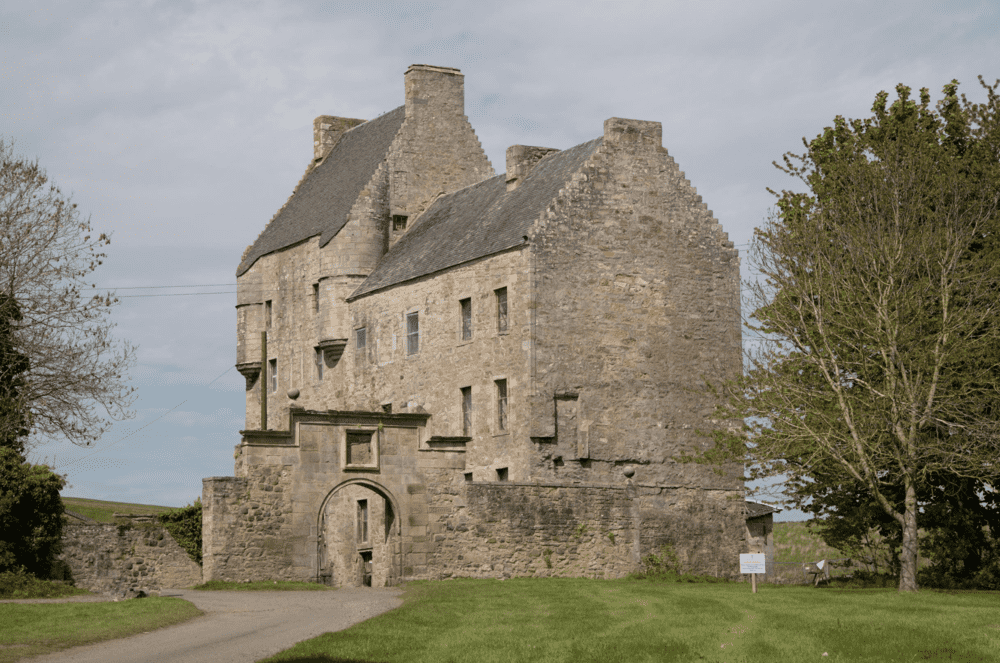 I love LOVE. This equates to me loving romance tv shows and movies.

As a big romance fan, it’s not really a shocker that I love the show, Outlander. I mean in one episode, Jaime tells Claire, “When the day shall come, that we do part… if my last words are not ‘I love you, ye’ll ken it was because I didn’t have time”.

Background of the show – It starts off just after the end of the second world war. Claire was a nurse for the British Army, and her husband, Frank, was an officer for the MI6 during the war.

Now, here is where it gets interesting. They decided to go to Scotland for a second honeymoon of sorts. They stay in an inn in a city called Inverness, and there are these special stones that are famed for being magic. Claire goes to the stones to collect herbs and flowers and touches the stones, and is transported 200 years before 1743. She is saved by members of the McKenzie clan as she is about to be hurt by Captain Jack “Black Jack” Randall, who is the main villain of the show. Terrible, terrible guy. Truly, he is the worst. As if things weren’t weird enough, Black Jack also happens to be Frank’s ancestor and has the exact same face as him! Anyway, Black Jack is upset that Claire was saved and tries (and mostly fails) to try to harm her. The warrior chief of the clan MacKenzie, Dougal, realized that the best way to protect Claire was by her becoming Scottish. The easiest way for that to happen is for her to get married to a Scot. Enter James Alexander Malcolm MacKenzie Fraser (a.k.a. Jaime). Jaime is Dougal’s nephew. He’s young, handsome, brave, and incredibly headstrong. They actually turn out to be an incredibly good match, and they fall very deeply in love. It’s very cute. And then they live happily ever after.

But actually, maybe, they do because, full disclosure, I am not actually fully caught up.

Claire’s situation is… unique for many reasons. This woman was able to use stones as a teleportation device to travel from century to century. Her biggest enemy is the ancestor of her first husband, and now, in addition to said first husband, she’s also now married to a man who is technically 234 years older than her. Taking liking older men to the next level. It is interesting stuff.

As we do, we are going to examine the validity of these marriages using the 2022 Ontario family law.

Claire is technically married to two men, Jaime and Frank. Bigamy could be one of the reasons for the annulment of a marriage. There are two ways to look at this:

So, after being married for like three years, there is this giant war that happens, the Battle of Culloden. Claire is from the future, so she explains to Jaime the significance of this war and how it changed the lives of the Scottish highlanders and basically ended life as they know it. They try their best to do whatever they could to change history, but this didn’t work. At the very last minute, Jaime decides that pregnant Claire needs to go back to her time so that she and the baby can be safe. Claire obviously tries to fight him on this but eventually goes along with it.

Back in the 1940s, Frank had been looking for Claire for three years, wondering where she had been. She explains it, and bizarrely enough, he believes her. They then raise the child together and name her Brianna. They never fully recover from the separation, though, and by the end, Frank informs Claire that he wants a divorce. He dies very shortly after this.

If Frank had stayed alive and the divorce process had been adhered to, the main issues will probably be property, child support, equalization and maybe spousal support. Brianna, at this point, is 17, and no court will really make her stay with one parent or the other. It will fully be her decision what parent to live with.

Special and extraordinary expenses, aka section 7 expenses, will be divided for the parties as 41% and 59% for Frank and Claire, respectively.

Spousal support is based on entitlement, the length of the marriage, and quantum. Claire may be entitled to spousal support. She had to take time off to have Brianna and spent part of her marriage supporting Frank. She even moves to America with him to start his job as a professor. Quantum, however, may be 0. This is because Claire makes about $50,000 more than Frank does.

Does it not appear that Frank has a strong basis for entitlement, not spousal support, except maybe he relied on Claire’s income during the marriage and could make a needs-based claim?

For equalization, we don’t have actual figures on what Frank and Claire own so equalization will take too much guesswork.

In the meantime, I need to catch up on this show and see if it does end happily ever after. Hopefully, it’s not one of those that gets boring after the third season. I’m looking at you, Community.

If you need any help with family law matters, contact AP Experienced Lawyers in Markham, Toronto, Pickering, and Scarborough. You can call us at (905) 492-7662 or email us at [email protected] to schedule a consultation.