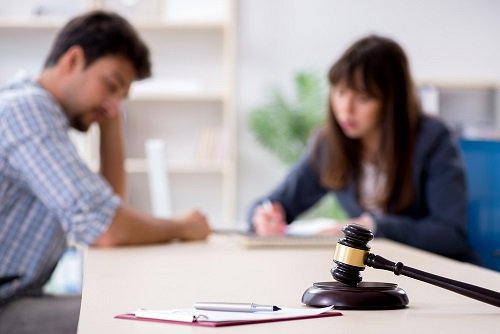 If you have a marriage contract you would like to set aside, you may be concerned about the timing of your claim. You may have heard about limitation periods which in the simplest terms means the timeframe within which you must start your case or you will be out of luck.
In Ontario, except otherwise provided in a different legislation, limitation periods are governed by the ​Limitations Act, 2002​, SO 2002, c 24, Sch B. The Basic Limitation Period is 2 years from discovering that you have a claim. Which for the purposes of this post is 2-years from the day you realized there might be an issue with your marriage contract.
However, if you are bringing a proceeding for a declaration if no consequential relief is sought, there is no limitation period applicable. To add to the mix, the ​Family Law Act​ has its own limitation periods set out in section 7(3)​.
The issue of what limitation period applies to set aside a marriage contract was dealt with by the Ontario Court of Appeal in Kyle v. Atwill, ​2020 ONCA 476​.
In that case, the husband and wife signed a marriage contract the wife drafted from a template she found on the internet. She and the husband signed the contract a week before their wedding in July 2005. They did not get independent legal advice on their rights, neither did they exchange financial disclosure. In the agreement, they waived spousal support from each other and agreed to keep their properties separate such that in the event of a breakdown of the marriage, there will be no equalization.
In August 2012, the parties separated. Negotiations started but stopped due to the husband’s mental health. In 2015, the husband’s lawyer made contact with the wife’s lawyer but nothing was done. In August 2017, the husband brought an Application for spousal support and equalization. He did not specifically ask for an Order setting aside the marriage contract but he referred to the contract. He stated that he got no independent legal advice, no financial disclosure, and that he signed the marriage contract under duress.
The wife of course relied on the signed marriage contract as grounds to dismiss the husband’s claim. She then tried to summarily dismiss the claim which she argued was a claim to set aside the marriage contract and that the limitation period to do this had passed (It was more than 2 years since the parties separated. 2012 – 2017).
The wife was successful at the motion for summary judgment. The motions judge considered whether the husband’s claim was a proceeding for a declaration if no consequential relief was sought. In which case, s.16 (1)(a) of the ​Limitations Act​ which says there would be no limitation period will apply. The motions judge held that the husband was seeking consequential relief (equalization and spousal support) and so given he discovered his claim in 2012, he was past the limitation period and his claim is therefore statute-barred. The husband appealed the decision.

If you need any help with family law matters, contact AP Family Law Services in Scarborough, Pickering, Markham, and Toronto. You can call us at (905) 492-7662 or email us at [email protected] to schedule a consultation.