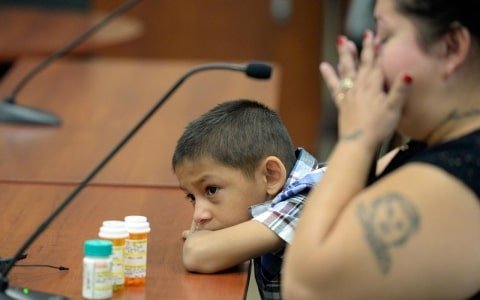 Princewill, principal of AP Lawyers, says she was among those who suspected the relaxation of Canada’s drug laws would increase complaints about marijuana in custody and access cases.

“We expected the floodgates would be opened to concerns about parents being under the influence while the child was in their care,” she tells AdvocateDaily.com.

Instead, one year after legalization, “It doesn’t even come up anymore,” Princewill says.

Pre-legalization, allegations of marijuana use were wielded like a stick to beat the opposing party in custody disputes, she says.

“It was something that was often thrown into the mix.”

When her client’s drug use was at issue, Princewill says she would answer the allegations with a focus on how it affected the party’s parenting ability. Still, it could be an awkward position to take, she adds.

“You want to show the court that it was only done when the parent was not watching the child,” Princewill says. “But it could almost look like you were minimizing it because they were in possession of an illegal drug. You could argue that it’s no different from socially drinking a glass of wine, but it could be hard to keep a straight face at times.”

She says legalization has significantly blunted the traditional stigma associated with recreational cannabis use.

“Now that illegality is off the table, no concerns are being raised, which shows me that in the past, the main issue was that it was illegal, rather than its impact on parenting ability,” Princewill says. “It has simplified things.”

In the wake of the legislative changes, family law counsel can more comfortably make the comparison with alcohol, she says.

“Allegations come up all the time about how much a person drinks, and if there are persistent concerns about alcohol, you can even write some parameters into the order, by saying that they’re not to drink while the child is in their care,” Princewill says. “Much of it is common sense. When you’re watching your child, you want to be present and alert and not under the influence — especially if your time with them is limited.”

For its part, Health Canada has put together a fact sheet on cannabis use while parenting, pointing out that it “may affect parent-child interactions and attachment,” and could reduce a person’s ability to “pay attention, make decisions or react to emergencies.” It warns that parents under the influence could miss their child’s hunger cues, need for comfort, or signs of danger.

“Be sure that there is always someone available who is not high to take care of your child,” the guide says.

If you need any help with family law matters, contact our experienced AP Family Lawyers in Markham, Toronto, Pickering, and Scarborough. You can call us at (905) 492-7662 or email us at [email protected] to schedule a consultation.