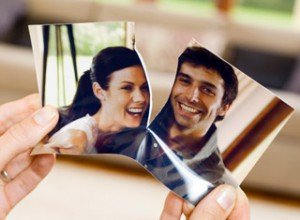 Individuals who were divorced in a foreign country and are hoping to remarry in Canada must consult with a lawyer to verify their divorce documents, says Pickering family lawyer Angela Princewill.

“We often prepare opinion letters for persons with foreign divorces or annulments,” says Princewill, principal of A. Princewill Law Firm. “It is imperative that you provide your lawyer with the correct facts — otherwise you could risk getting into a marriage that could be void.”

Princewill, who serves many family law clients from international backgrounds, says it’s more prudent to remedy any defects in the foreign divorce prior to obtaining a new marriage licence and remarrying.

A recent decision from the Ontario Superior Court of Justice brought such situations to light, when the court was asked to determine if a divorce obtained in Peru could be recognized for determining marital status in Canada.

In Wilson v Kovalev, 2016 ONSC 163 (CanLII), the couple, each of whom were born and raised in Peru, separated after living in Canada for six months. They obtained a divorce in Peru in 2009.

The ex-wife remarried two years later after getting a legal opinion about the Peruvian divorce. However, that opinion was found to have errors, according to the court decision. Her lawyer thought the woman’s former husband as still a resident of Peru and that they had been separated for at least one year at the time of the divorce — both untrue facts, the decision says.

So when the ex-husband attempted to get remarried in 2013, he found it difficult to find a legal opinion to verify the Peruvian divorce. He applied for a divorce in Ontario, though he preferred to have the original Peruvian divorce recognized.

In the end, Justice Deborah Chappel recognized the original Peruvian divorce as valid because the couple maintained strong connections to their native country.

“Although the parties’ connections to Canada have deepened since their separation, the real and substantial connection is not restricted to current connections to a country,” Chappel wrote.

Princewill says as long as separating parties seek legal advice and provide the correct information, they shouldn’t run into trouble having their divorce recognized in Canada.

“There is a presumption in favour of foreign divorces, so absent lack of notice, lack of jurisdiction by the authority that granted it, fraud, or denial of natural justice, the courts will more often than not order that the foreign divorce be recognized,” she says.