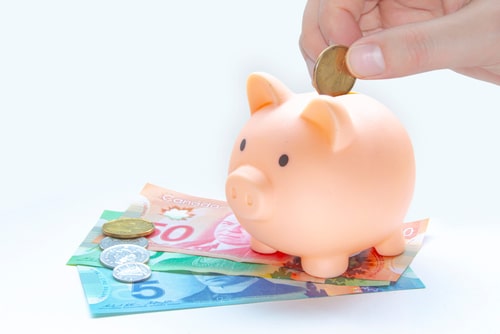 One of the most pivotal factors that accompanies a separation/ divorce is the matter of child support. In Canada, a judge can effectively ‘impute’ the income of a parent to be paid for child support to the other parent. Parents have an obligation to jointly support their children based on their income and ability pursuant to Section 26.1(2) Divorce Act.

Family lawyers are experts when determining how much of a parent’s income is accountable for child support. This is based on the payor parent’s gross income compared to the value in the corresponding Federal Child Support Table. The judge has the discretion to establish the amount of income to be imputed based on that parent’s earning capacity and not necessarily what that parent currently earns. This is a result of complications that can arise in situations when a parent is self-employed and their income tax documents do not accurately emulate their income or when the payor parent intentionally chooses to be unemployed or in a position with a low salary to avoid their moral and legal obligation of child support.

Section 19 of the Federal Child Support Guidelines (“the Guidelines”) grants imputing income from the payor parent based on their capacity. This section outlines nine main situations that a judge can order imputed income from a parent. As the court has the autonomy to use their discretion in such scenarios, imputed income can also occur in situations not listed in Section 19 of the Guidelines. Courts will always place the interests of the child first and place precedence on the child’s right to support over the parents interests. Therefore, should child support payments become an issue in a family law matter, the court can effectively intervene and critically analyze a parent’s career decision and/or how they operate their business. The onus of proof will be placed upon the parent owing child support payment as displayed in West v. West (2001), 18 R.F.L. (5th) 440 (S.C.J.).

When Can Imputed Income Occur

The case of Risen v. Risen (1998) AC.W.S (3d) 669 (Ont. Ct.) (Gen Div), the court stated that although Section 19 of the Guidelines sets out a non-exhaustive list, the court has the discretion to deviate from it, however, the case must bear some similarity to the scenarios. Also seen in Mascarenhas v. Mascarenhas (1999), 44 R.F.L. (4th) 131 (Ont. Ct.)(Gen Div), the court held that any scenarios where the court must use their discretion outside of the list enumerated in Section 19, should bear some resemblance.

Section 19 of the Guidelines states that imputed income can occur in any of the following nine scenarios of this non-exhaustive list:

The payor parent is exempt from paying federal or provincial income tax.

The payor parent receives their income from a trust that they are a beneficiary of.

The payor parent did not comply with their legal obligation to disclose income information.

The payor parent is unreasonably deducting expenses from their income.

The payor parent is not reasonably generating an income from the use of their property.

The payor parent intentionally continues to remain unemployed or under-paid in their employment.

The payor parents lives in a country where the tax rates are much lower than Canada’s.

The payor parent is diverting their income to alter the amount of child support paid.

The payor parent acquires a portion of their income from dividends, capital gains and/or other sources that have a lower tax rate or are exempt from tax.

Case law is imperative to the matter of imputed income as the courts have a broad discretion on determining the amount of child support to be paid.

In Contino v Leonelli-Contino 2005 SCC 63, the court initially imputed the father’s income according to the Federal Child Support Table. However, after analyzing the child’s custody and access, the court determined that the father owed less than what was specified in the table because the child lived with the father approximately 50% of the time.

The main issue among all imputed income cases is that the court will always place the child’s interest first as it is not fault to bear the financial consequences of a parent’s misconduct.

One of the most popular circumstances where a court will impute income as mentioned above is when a parent intentionally leaves a secure employment to pursue self-employment. This can be for whatever reasons the parent chooses as they have the autonomy to do so. However, the parent must be responsible to still maintain their child support payments regardless of their future endeavours. The court can exercise their discretion to vary support payments for a specific time period.

Further expressed in Visnjic v. Visnjic (2000), 7 R.F.L. (5th) 195 (S.C.J.), the court held that if a parent wishes to engage in self-employment they must continue to meet their financial responsibilities out of their capital or through borrowing. Where a parent chooses to venture into a self-start-up career outside of their usual domain, a court will most likely impute income as displayed in  Le Page v. Porter (2000), 7 R.F.L. (5th) 335 (S.C.J.). In this case, the parent left working as a social worker to engage in stock speculation and real estate investing. The parent did not speculate that his income would plummet as much as it did; however, pursuant to Section 26.1(1) Divorce Act, he had an obligation to pay child support and his income was imputed effectively.

A court can impute income from a parent in many different scenarios based on their discretion. There are many different circumstances that will warrant an income to be imputed, as displayed above, and many that are reasonably foreseeable based on the non-exhaustive list under Section 19 of the Guidelines.

It is important to be prepared in such matters and know if you can be liable for imputed income. At A. Princewill Law Firm, we have many years of experience and know what the court is looking for when they are determining whether or not to impute a parent’s income. We can represent and assist you should you find yourself in a vulnerable position and either require child support payments from a spouse or are the spouse owing child support payments.