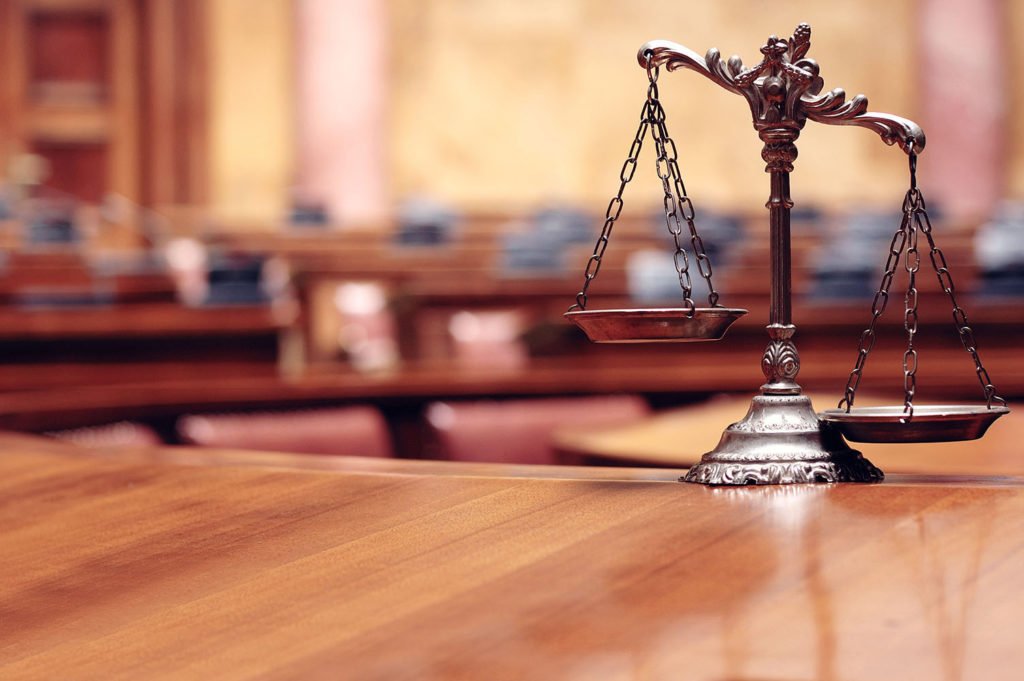 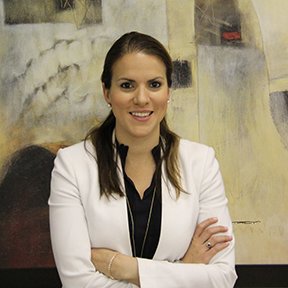 [4] Is the matter sufficiently urgent such that the motion should be heard before the case conference?

[5] In the circumstances of this case what custody, residency and access arrangements are in the best interests of the child B.S.D.?

[6] Is either party entitled to costs and if so, in what amount?

[9] The child B.S.D. resided with her parents from her birth on […], 2011 until October 24, 2012, when both parents were arrested for weapons and drug offences (possession for the purpose of trafficking MDMA, heroin and cocaine).

[11] The mother, N.D., was granted bail the day following her arrest (October 25, 2012) and by her bail conditions resided at the Applicant’s home subject to conditions, including a condition that she not communicate with the Respondent D.P. except through counsel to prepare a defence.

[12] The Respondent father remained incarcerated for 15 months until bail was granted. By the Respondent’s bail conditions he was required to reside with his parents in Richmond Hill subject to conditions, including a condition that he not communicate with N.D. except through counsel to prepare a defence.

[15] The Applicant’s daughter, N.D., died in April of 2017 from a drug overdose prior to resolution of the criminal proceedings.

[16] Following N.D.’s death, the child B.S.D. continued to reside with the Applicant and the Respondent continued to enjoy weekend access visits.

[17] The Respondent’s criminal charges are scheduled to proceed to trial commencing March 19, 2018. In the interim, the Respondent continues to reside with his parents pursuant to bail conditions.

[18] On June 30, 2017, the Respondent advised the Applicant that he believed that he would have a better chance of not being deported if B.S.D. were to reside with him.

[20] The Applicant attempted to negotiate the return of B.S.D. but the Respondent refused and further refused to allow the Applicant to have any access or contact with the child.

[22] Following issuance of the application and service of the motion the Respondent permitted the Applicant to have a five minute telephone conversation with the child on July 14, 15 and 16, 2017.

[23] On July 17, 2017, the parties attended before the Honourable Justice Timms at which time the Respondent served and filed his responding materials in the form of a counter motion.

[24] The Applicant obtained a brief adjournment to file a response and the motion and counter-motion were adjourned to July 27, 2017.

[27] The test for determining an application for interim custody or access is always: “What is in the best interests of the child?”

[28] The court is required to take into consideration only the best interests of the child as determined by reference to the “condition, means, needs and other circumstances of the child.”

[29] Under section 24(2) of the CLRA, in determining what is in the best interests of a child, the court, must consider all the needs and circumstances of the child, including:

iii.      persons involved in the care and upbringing of the child;

[31] Although courts have determined that “absence any evidence that parents are behaving in a way that demonstrates an inability to act in accordance with the best interests of their children, a parents’ right to make decisions and judgments on their children’s behalf should be respected, including decisions about whom they see, how often and under what circumstances” – such considerations apply only where the parents are custodial parents and a non-custodial party seeks access. Courts routinely deny that a biological parent has a prima facie right to custody. (See Chapman v. Chapman, 2001 CanLII 24015 (ON CA); Parkins v. Parkins, 2006 CanLII 24450 (ON SC), 2006 CanLII 24450 (ONSC); Giansante v. Di Chiara, 2005 CanLII 26446 (ON SC); and Branconnier v. Branconnier, 2006 BCSC 2020 (CanLII); Z. (F.) v. Catholic Children’s Aid Society of Hamilton-Wentworth, [2000] O.J. No. 1452 (ON SC).

[34] Our courts have traditionally given a great deal of weight to the arrangements that are actually in place at the time of the court’s determination of the issue, be it at the interim stage or the final stage.

[37] A judge is unlikely to change ongoing child-care arrangements that meet a child’s needs simply because the other parent claims that he or she can also care for that child. (See Longergan v. Longergan, [1998] W.D.F.L. 332 (B.C.S.C.).

[39] In deciding the weight to be accorded to the status quo, a court may take into account that the current child-care arrangements were wrongfully acquired or were only intended to be temporary. While doing so may discourage wrongful removal of children or prevent a parent benefiting from wrongdoing, it is difficult to see how such considerations are relevant to the best interests of an individual child. (See Brooks v. Brooks, supra).

Proposed Change in One Parent’s Home

[41] In situations where there is a possibility of one parent being deported, the parties are not entitled to obtain Orders for custody and access that may have the effect of frustrating the deportation process without notice to the Minister of Immigration as this would allow an unacceptable use of the family law system to frustrate the deportation process and would be contrary to public policy.  (See Patterson v. Osazuma, [2005] O.J. No. 4370, 2015 ONCJ 454 (Ont. C.J.) (CanLII).

[42] Pursuant to the Family Law Rules a person who wants to bring a motion is not entitled to have the motion heard prior to a case conference unless the court is of the opinion that there is a situation of urgency or hardship or that a case conference is not required for some other reason in the interest of justice.

[44] The child had been withheld from her usual place of residence on June 30, 2017. The Applicant attempted to resolve the matter before coming to court without success and although a case conference date was obtained it is not scheduled until August 8, 2017. While the withholding of the child may not constitute an abduction, given the withholding and the failure to provide any access to the Applicant, the circumstances warrant that an urgent motion be brought and heard by the court.

[45] The Respondent argues that the Applicant was not the primary caregiver to the child – that N.D., prior to her death, was the primary caregiver, and the Applicant provided a home as surety for N.D.. The Respondent argues that upon the death of N.D., that he as the surviving parent had a prima facie right to custody of the child.

[46] The Respondent submits that his decision to allow the child to remain in the Applicant’s care for two months following N.D.’s death did not establish any status quo in favour of the Applicant but was reflective of responsible parenting by allowing the child to finish the school year at her then current school.

[51] The Applicant states that the test for determination of access and custody on a temporary basis is the best interests of the child as set out at s. 24(2)of the Children’s Law Reform Act.

[52] The Applicant argues that when considering the best interests of the child the fact that the Respondent is the biological father is only one consideration. The court is required to consider all factors and reach a determination on the basis of the overall best interests of the child keeping in mind the considerations noted at s. 24(2) of the CLRA.

[54] I have had an opportunity to thoroughly review the affidavits filed by the Applicant and note the following evidence was provided regarding the care and custody of the child B.S.D.:

[55] The Respondent has denied the Applicant’s claims and stated that he, together with N.D., made important decisions for B.S.D. together, including the decision to enroll B.S.D. in a French Immersion school. Despite the Respondent’s claim in this regard I note that the Respondent was subject to bail conditions that prohibited such communication. I have difficulty accepting this evidence.

[56] The Respondent stated that since B.S.D. has been in his primary care (June 30, 2017) he has continued to make important custodial decisions such as enrolling her in a summer day camp program. The enrollment is dated July 10, 2017, after the date that the child was withheld from the Applicant and after the Respondent had been contacted by the Applicant’s lawyer.

[57] The Respondent states that he is B.S.D.’s primary caregiver. However, the Respondent works on a full-time basis and provided no examples of any caregiving provided by him to the child.

Best Interests of the Child

[60] Having reviewed and considered the provisions of s. 24(2) of the CLRA I find that it is in the best interest of the child to remain in the de facto custody of the Applicant pending determination of the Respondent father’s criminal proceedings that are set to occur in March of 2018.

[61] My decision regarding the best interest of the child took into account the considerations noted above which establish the status quo and also include:

[62] As noted above in all of the circumstances of this case I find that it is in the best interests of the child to remain with the Applicant pending determination of the Respondent’s criminal proceedings which are scheduled to be commenced on March 19, 2018.

[63] In the circumstances I hereby order on a temporary without prejudice basis as follows:

If you need any help with family law matters, contact our AP Family Law Lawyers in Markham, Toronto, Pickering, and Scarborough. You can call us at (905) 492-7662 or email us at [email protected] to schedule a consultation.