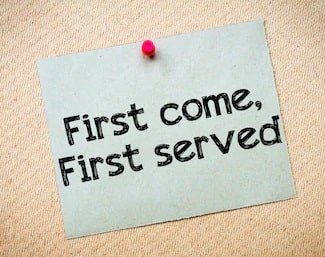 For those who have been anxiously hoping to bring a parent or grandparent into the country, now’s the time to apply, says Toronto family and immigration lawyer Angela Princewill.

Immigration, Refugees and Citizenship Canada announced that it will reopen expressions of interest at noon on Jan. 28 and will accept the first 20,000 individuals who submit a form online.

She tells AdvocateDaily.com that the government introduced a lottery system last year, which was intended to be fairer, but it abandoned that approach after receiving so many complaints.

Princewill says other changes have also been introduced to the process. For example, proof of status in Canada is now being requested, she says.

“They have also increased the number of applications that they will accept. On that basis at least, we’re hoping many more people will have a chance to actually sponsor their family members,” Princewill says.

In 2015, only 5,000 applications were accepted, so this year’s 20,000 is a significant boost, she says, which illustrates that the importance of unifying family members is acknowledged in the legislation.

But that’s still cold comfort for those who want to sponsor a parent and miss the one opportunity they have this year, Princewill says.

Because time is such an important factor, those hoping to sponsor family members need to be prepared and ensure they have all the necessary information ready before they sit down in front of the computer on Jan. 28, she says.

“You want to make sure you submit the right information,” says Princewill, “because the government is also trying to implement measures to address the concern of duplicate applications so that nobody has an advantage in the lottery system.”

That includes simple things, such as ensuring the dates and other information submitted on the form are correct, she says.

It’s also vital that sponsors have proof of their status in Canada on hand, says Princewill. That could include a permanent resident card, record of landing, citizenship certificate, Canadian birth certificate for those born in Canada, or a Canadian passport.

“It’s going to go down to the nanosecond because the computer is going to have to determine the first 20,000 applicants,” she says.

Submitting the “interest to sponsor” form is just the first step in the process, says Princewill. Those invited will then be vetted to ensure eligibility, which includes minimum income requirements. She says sponsors should ensure they meet that threshold before beginning the process.

For those invited to proceed to the next step, they will only have 60 days to prepare all the necessary documentation, she says. That why it’s critical that they’re organized and have everything they need in advance.

“Overall, the program is getting better,” Princewill says. “Compared to what it was like several years ago, it’s impressive. The backlog has been significantly reduced, and applications are being processed much faster.

“The idea is to manage the wait times. We’re going from a period of sponsorship of seven or eight years, and now they’re bringing it down to two.”

She says applicants should be very careful when submitting information.

“In the race to apply, people have to make sure they correctly enter the data, because it’s really very difficult to make changes once you’ve submitted the information,” says Princewill, whose experience with Canada’s immigration system allows her to help clients through a variety of programs, including PGP.