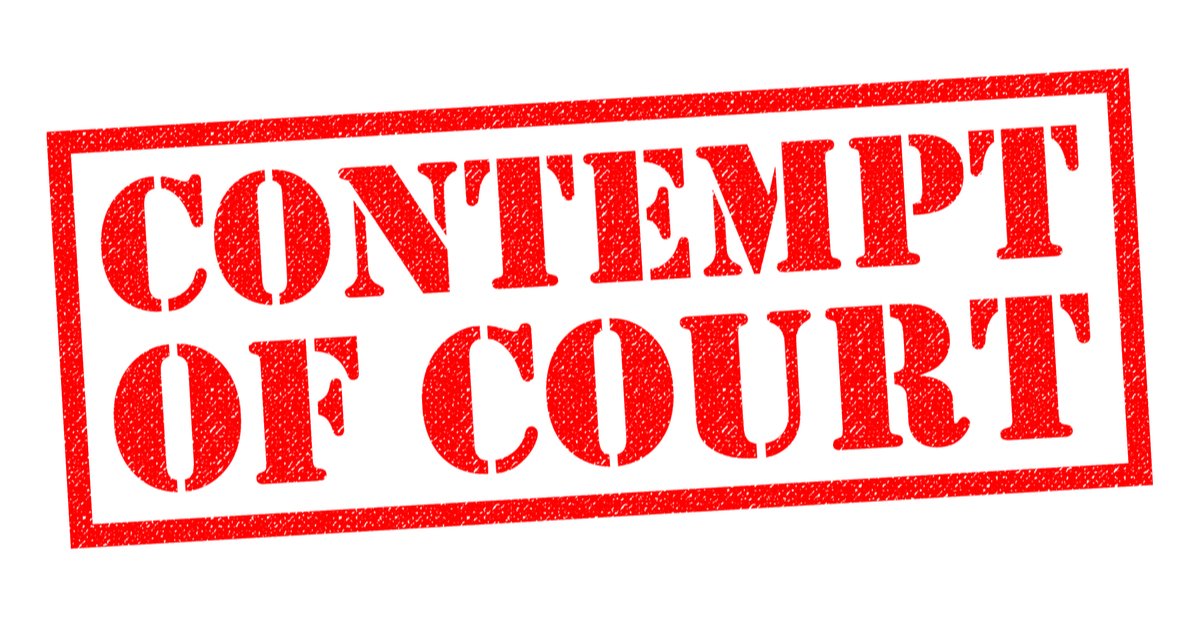 (3) The supporting affidavit may contain statements of information that the person signing the affidavit learned from someone else, but only if the requirements of subrule 14 (19) are satisfied.  O. Reg. 114/99, r. 31 (3).

WARRANT TO BRING TO COURT

(4) To bring before the court a person against whom a contempt motion is made, the court may issue a warrant for the person’s arrest if,

(a) the person’s attendance is necessary in the interest of justice; and

(5) If the court finds a person in contempt of the court, it may order that the person,

(a) be imprisoned for any period and on any conditions that are just;

(b) pay a fine in any amount that is appropriate;

(c) pay an amount to a party as a penalty;

(d) do anything else that the court decides is appropriate;

(e) not do what the court forbids;

(f) pay costs in an amount decided by the court; and

(7) In a contempt order under one of the following provisions, the period of imprisonment and the amount of a fine may not be greater than the relevant Act allows:

(9) If a party, on a motion with special service (subrule 6 (3)) on the person in contempt, states by an affidavit in Form 32C (or by oral evidence, with the court’s permission) that the person has not obeyed a condition imposed under subrule (8), the court may issue a warrant of committal against the person.  O. Reg. 114/99, r. 31 (9).

(10) A contempt order for the payment of a fine shall require the person in contempt to pay the fine,

(a) in a single payment, immediately or before a date that the court chooses; or