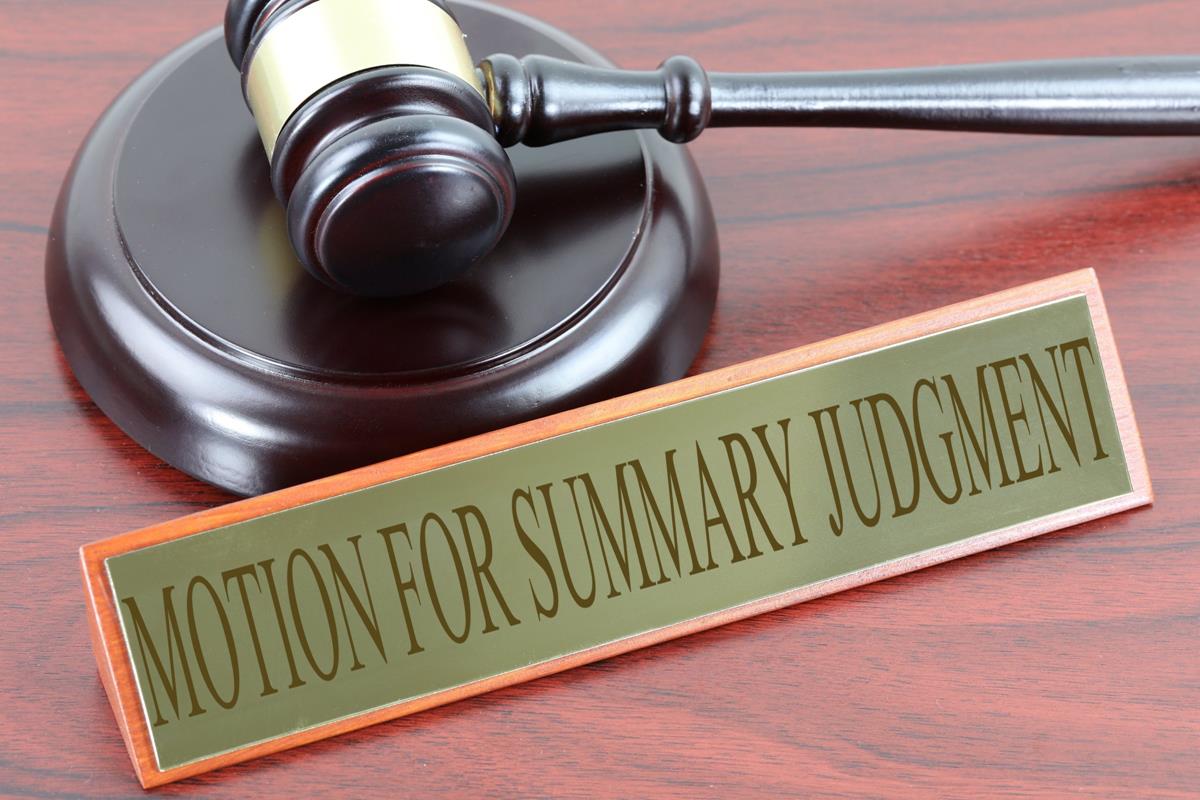 16. (1) After the respondent has served an answer or after the time for serving an answer has expired, a party may make a motion for summary judgment for a final order without a trial on all or part of any claim made or any defence presented in the case.  O. Reg. 114/99, r. 16 (1).

AVAILABLE IN ANY CASE EXCEPT DIVORCE

(4) The party making the motion shall serve an affidavit or other evidence that sets out specific facts showing that there is no genuine issue requiring a trial.  O. Reg. 114/99, r. 16 (4).

EVIDENCE NOT FROM PERSONAL KNOWLEDGE

NO GENUINE ISSUE FOR TRIAL

(6.1) In determining whether there is a genuine issue requiring a trial, the court shall consider the evidence submitted by the parties, and the court may exercise any of the following powers for the purpose, unless it is in the interest of justice for such powers to be exercised only at a trial:

2. Evaluating the credibility of a deponent.

ONLY ISSUE AMOUNT OF ENTITLEMENT

ONLY ISSUE QUESTION OF LAW

(9) If the court does not make a final order, or makes an order for a trial of an issue, the court may, in addition to exercising a power listed in subrule 1 (7.2),

(a) specify what facts are not in dispute, state the issues and give directions about how and when the case will go to trial (in which case the order governs how the trial proceeds, unless the trial judge orders otherwise);

(b) give directions; and

(a) decide a question of law before trial, if the decision may dispose of all or part of the case, substantially shorten the trial or save substantial costs;

(b) strike out an application, answer or reply because it sets out no reasonable claim or defence in law; or

(c) dismiss or suspend a case because,

(i) the court has no jurisdiction over it,

(ii) a party has no legal capacity to carry on the case,

(iii) there is another case going on between the same parties about the same matter, or

EVIDENCE ON MOTION FOR SUMMARY DECISION OF LEGAL ISSUE