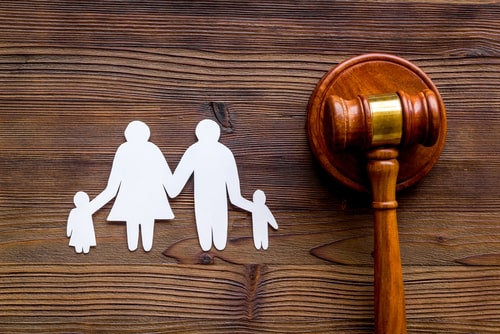 WHEN TO MAKE MOTION

1. A temporary order for a claim made in an application.

2. Directions on how to carry on the case.

WHO MAY MAKE MOTION

NO MOTION BEFORE CASE CONFERENCE ON SUBSTANTIVE ISSUES COMPLETED

(b) for a contempt order under rule 31 or an order striking out a document under subrule (22);

(c) for summary judgment under rule 16;

(d) to require the Director of the Family Responsibility Office to refrain from suspending a licence;

(e.2) made without notice, made on consent, that is unopposed or that is limited to procedural, uncomplicated or unopposed matters (Form 14B);

(7) The judge who hears a motion involving complicated matters may,

(a) order that the motion or any part of it be heard as a trial; and

MOTION BY TELEPHONE OR VIDEO CONFERENCE

(8) A party who wants a motion to be heard by telephone or video conference shall,

(a) obtain an appointment from the clerk for the hearing of the motion;

(b) make the necessary arrangements;

(c) serve a notice of the appointment and arrangements on all other parties, and file it; and

DOCUMENTS FOR A MOTION

(9) A motion, whether made with or without notice,

WHERE NO REPLY PERMITTED

(11) A party making a motion with notice shall,

(a) serve the documents mentioned in subrule (9) or (10) on all other parties, not later than four days before the motion date;

(b) file the documents as soon as possible after service, but not later than two days before the motion date; and

(12) A motion may be made without notice if,

(a) the nature or circumstances of the motion make notice unnecessary or not reasonably possible;

(b) there is an immediate danger of a child’s removal from Ontario, and the delay involved in serving a notice of motion would probably have serious consequences;

(c) there is an immediate danger to the health or safety of a child or of the party making the motion, and the delay involved in serving a notice of motion would probably have serious consequences; or

FILING FOR MOTION WITHOUT NOTICE

ORDER MADE ON MOTION WITHOUT NOTICE

SERVICE OF ORDER MADE WITHOUT NOTICE

(15) An order made on motion without notice shall be served immediately on all parties affected, together with all documents used on the motion, unless the court orders otherwise.  O. Reg. 114/99, r. 14 (15).

EVIDENCE ON A MOTION

(17) Evidence on a motion may be given by any one or more of the following methods:

1. An affidavit or other admissible evidence in writing.

2. A transcript of the questions and answers on a questioning under rule 20.

AFFIDAVIT BASED ON PERSONAL KNOWLEDGE

AFFIDAVIT BASED ON OTHER INFORMATION

(19) The affidavit may also contain information that the person learned from someone else, but only if,

(20) The following restrictions apply to evidence for use on a motion, unless the court orders otherwise:

1. The party making the motion shall serve all the evidence in support of the motion with the notice of motion.

2. The party responding to the motion shall then serve all the evidence in response.

3. The party making the motion may then serve evidence replying to any new matters raised by the evidence served by the party responding to the motion.

NO MOTIONS WITHOUT COURT’S PERMISSION

(21) If a party tries to delay the case or add to its costs or in any other way to abuse the court’s process by making numerous motions without merit, the court may order the party not to make any other motions in the case without the court’s permission.  O. Reg. 114/99, r. 14 (21).

(24) A party who wishes to make a claim under the Arbitration Act, 1991 or the Family Law Act relating to a family arbitration, family arbitration agreement or family arbitration award that must or may be commenced by way of a motion may do so under this rule, even if the order being sought is a final order and, for the purpose, this rule applies with the following and any other necessary changes:

1. In addition to the documents referred to in subrule (9) or (10), the motion also requires,

i. copies of the certificates of independent legal advice required by the Family Law Act for the parties,

ii. a copy of the family arbitration agreement, and

iii. if an award has been made, the original award or a certified copy.

2. The documents referred to in subparagraphs 1 i, ii and iii shall be served and filed in accordance with subrule (11).