The Effect of Reconciliation on a Separation Agreement 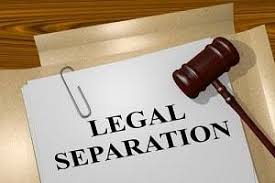 My ex-husband and I have reconciled. What happens to our separation agreement now?

The effect of reconciliation on your separation agreement can vary depending on the circumstances, and here, we will refer to case law to help us understand the varying effects.

The general rule is that a separation agreement (hereinafter the “agreement”) is void upon reconciliation because generally, such an agreement does not explicitly contemplate the parties’ reconciling. Therefore, if you and your partner intend to preserve the terms of your agreement if reconciliation were to occur, your intentions must be clearly stated in your agreement.

An example of this is Emery v. Emery,[1] where the agreement was deemed void because it clearly set out the parties’ intentions, with no indication of change upon reconciliation. In Emery, the wife received the proceeds from the sale of the matrimonial home and, in exchange, released her claims to spousal support and her husband’s pension.

Another example is the decision in Sydor v Sydor[2] (hereinafter “Sydor”) where the Court of Appeal held that the agreement was void upon reconciliation. This was because the husband and wife entered into an agreement that explicitly provided for property arrangements that would be final and binding.

In other words, certain clauses or provisions in an agreement may be interpreted as the exception to the general rule that the agreement is void upon reconciliation.

This was the case in Miaskowski v MacIntyre[3] (hereinafter “Miaskowski”). In Miaskowski, the couple entered into an agreement approximately two and a half years after separation. The couple remained married during their seven years of separation, and upon reconciliation, they remained together for another nine years before separating a second time.

In their agreement, the wife had agreed to release any claims to the husband’s Canada Post pension. The agreement also included the following reconciliation clause:

The final decision of the Court of Appeal affirmed the common law rule stated in Sydor, and found that the agreement was indeed void, however it was still subject to the exception provision.

In simple terms, the court found that because no payment or conveyance was ever made with respect to the wife’s entitlement to a share of the husband’s Canada Post pension, the exception to the voiding clause did not apply. As a result, the wife’s release to a share in the pension was deemed void and she was entitled to receive a share of the husband’s pension from the date of marriage to the date of the second separation.

The take-away from these decisions, and particularly the recent decision in Miaskowski is that it is important to ensure your intentions are clear and explicitly stated in your separation agreement, regardless of whether the agreement contemplates reconciliation. One way to do this is to have a lawyer review the terms of your agreement.

If you need any help with family law matters, contact AP Lawyers in Toronto, Pickering, Markham, and Scarborough. You can call us at (905) 492-7662 or email us at [email protected] to schedule a consultation.