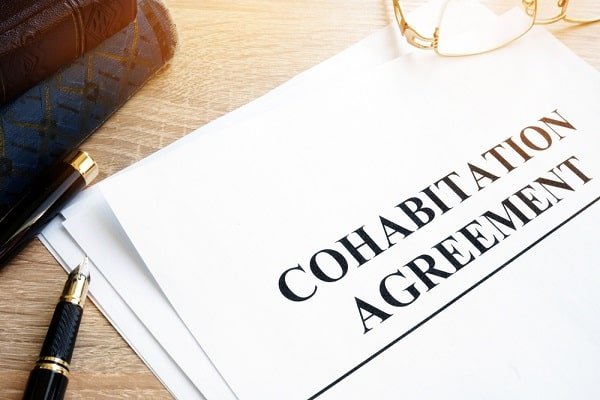 People in a committed common-law relationship should have a cohabitation agreement to protect their interests in case the relationship ends, says Toronto family lawyer Angela Princewill.

Love is the glue that keeps a couple together but it’s also important to set the parameters of what happens if the relationship falls apart, says Princewill, principal of AP Lawyers.

“There’s usually someone who is dissatisfied with the consequences of the breakdown of a relationship,” she tells AdvocateDaily.com.

“So, when things go wrong, it’s always nice to have the parameters already set and that certainty of outcome.”

And if a relationship does last, it shouldn’t be affected by having a cohabitation agreement in place, she says.

Common-law couples don’t have the same rights as those who are legally married, explains Princewill.

“People often think of marriage in terms of love and as a commitment to each other, but it’s mostly a contract,” she says. “With common-law unions, you don’t have that formal covenant.”

Princewill says a marriage automatically entitles each partner to certain rights should the relationship dissolve, particularly in the equalization of property acquired after wedlock as outlined in the Family Law Act.

But in a common-law relationship, after three years in Ontario or if the committed couple has a child, access to assets is not guaranteed unless there is a cohabitation document or possibly a claim of unjust enrichment. Without an agreement, each person is generally entitled to the assets and property in their name. If both names are on specific property or assets, then it’s divided evenly during separation.

Matrimonial homes are also treated differently, says Princewill. Each spouse has an equal right to the residential property, whereas whoever is named on the title has control of the home in a common-law relationship.

Cohabitation agreements for couples who are living together are the same as marriage contracts or prenuptial agreements, says Princewill.

“I like to think of marriage contracts and cohabitation agreements as life’s insurance policies. I tell that to every person who comes through my office,” she says.

“Many people still get uncomfortable with the idea of an agreement in such formal terms but if you’re fine with insurance, you should be equally as comfortable getting a cohabitation agreement,” Princewill says.

“You can develop a great relationship, but if things don’t turn out you know what the outcome will be because you decided that at the start of the relationship,” she says.

Princewill acknowledges that discussing such things isn’t easy for some people.

“Society has not evolved to that point yet, but it’s far more common than it used to be,” she says. “I know we’re approaching a time when people can have that talk at the beginning of a marriage or relationship, but for now it remains a difficult conversation.”

Generally, the only item left out of a cohabitation agreement is the custody and access of the children, Princewill says.

“We don’t want to predetermine who gets custody of the children,” she says.

Arrangements must be done with the best interests of the children in mind, Princewill says, and that can change throughout the course of the relationship.

“I love doing marriage contracts and cohabitation agreements because it’s great to see people deciding what they want,” Princewill says.

These contracts can be crafted in ways to share, protect and divide assets as the couple sees fit, she says.

“I love the creativity it allows rather than dealing with a separation when there’s no agreement because we’re confined to what the law tells us to do.”

Princewill says these pacts are not about “short-changing anyone or cheating anyone,” it’s about defining and enjoying the relationship.