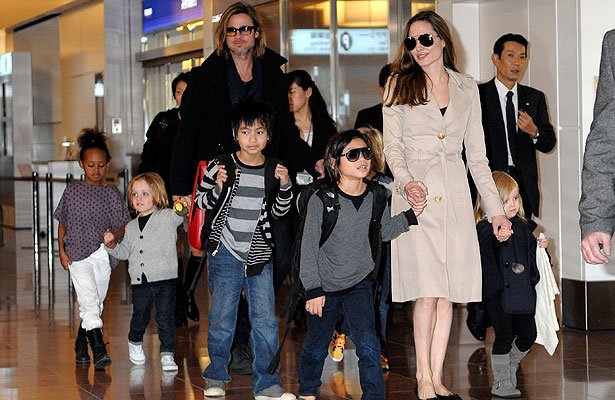 A major question on everyone’s mind following Angelina Jolie filing for divorce from Brad Pitt is, what would happen with their six children?

Angelina has asked for joint legal custody but sole physical custody. What this means is she wants to make important decisions regarding the children jointly with Brad, but she wants the children’s main residence to be with her. Brad will have visitation rights (called access in Ontario).

Given that Brad and Angelina have made themselves out as the models for success co-parenting, Angelina’s legal team have their work cut out for them, especially given reports that have surfaced showing that primary residence of the children with Angelina is unacceptable to Brad. Pitt has even been quoted as saying “there’s no chance that’s going to happen”. These sources say Pitt wants to co-parent the children with Jolie.

In a custody dispute in Ontario, this would weigh positively in Brad’s favor. The Divorce Act in Canada, deals with this maximum contact principle as follows: In making an order under this section, the court shall give effect to the principle that a child of the marriage should have as much contact with each spouse as is consistent with the best interests of the child and, for that purpose, shall take into consideration the willingness of the person for whom custody is sought to facilitate such contact.
(s.16(10) Divorce Act (R.S.C., 1985, c. 3 (2nd Supp.))

The story is only starting to unfold, and thousands of miles away from Ontario. We can only wish the children the best and hope that their best interest remains the central focus of any resolution of the custody and access issue.